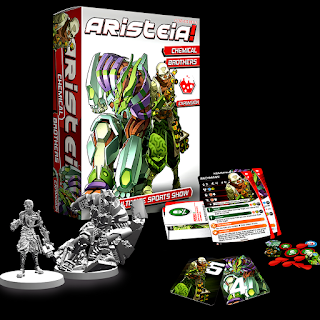 Welcome back to GreyMountain Reviews and this time I have something a little more game related in the form of an expansion for Corvus Belli's 'Aristeia' gladiatorial board game. 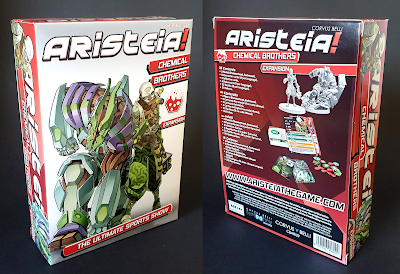 As you can see just from the outer packaging Aristeia has a style not too dissimilar to their Infinity game, using bold colour and a mangaesq style. What you may also notice is the contents list written in four languages on the reverse (English, Spanish, German, and French) and this also carries over to the contents contained too which is a great idea. 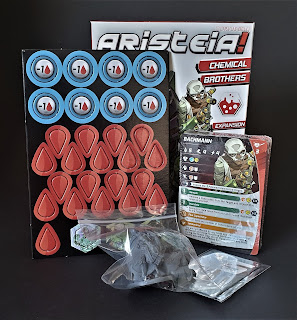 Inside you have a shaped plastic tray which holds all your game cards, two pre-assembled plastic figures, and thick card sheet of die cut tokens needed to use this expansion in your matches.

Now if you do not play Aristeia and would like to know more about the game itself you can download all the rules and guides from the Download section on their web site (something that Corvus Belli always seem to do which I like). This also means that updates and changes are free to all players at the same time which eliminates people using different definitions when things evolve.

I will admit that Normski is the Aristeia player, not me. And so I have downloaded those files, digested them so I have an idea what the cards mean, and can give you a little insight in the new tactics usable by this pair of Aristos (the name give to combatants in the HexaDome). But first; product quality. 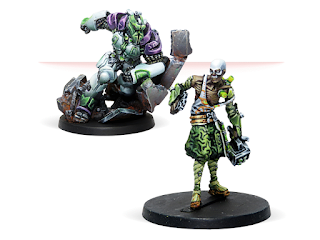 Miniatures. My primary reason that I have been in this hobby for so many years. I love great miniatures. And these certainly are great gaming miniatures and I'll explain what I mean. 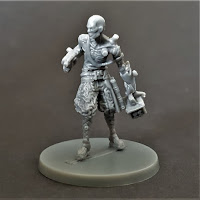 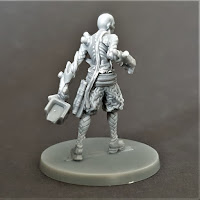 I'll start off with the smaller figure of Bachmann. The real poison pusher with the look of a cross between a voodoo chemical zombie and mummy. Great details and design to show him with all his vials. 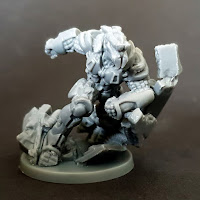 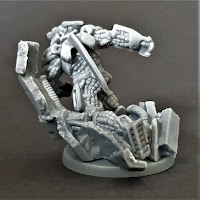 Then in contrast you have Hammerhead. A physical powerhouse shown smashing through a wall (which is actually one of his abilities). Great dynamics and very characterful indeed.

The plastic is great as is the casting. However; I do feel that maybe these should be sold on hex bases and from the perspective of painting and displaying these are frustrating in the sense that there is still mold lines and clean up needed which is part of gaming that I actually enjoy (yes, I'm one of those). So remember, these are designed and sold as gaming pieces although they do sell a selection of alternative "skins" in metal which would please those looking for painting projects. 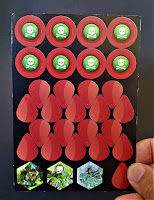 The sheet of card tokens is thick and well printed. Tokens pop out easily too which is always good. Nothing worse than tearing card pieces while separating them. 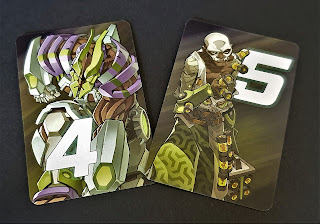 And onto the cards themselves. Full of colour and style as you can see from the two smaller initiative cards. 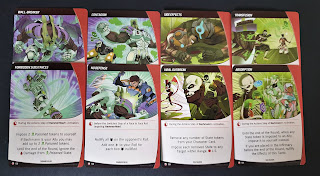 Each Aristo comes with four tactic cards to add to your deck of cards and really add specific abilities to Bachmann and Hammerhead. Really turning Bachmann into the poison spreader that he is and Hammerhead into a poisonous battering ram.
All these cards along with the Poison rule update card and the Character Cards are printed in the four languages mentioned above. 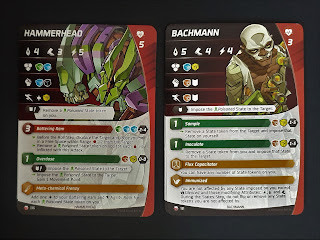 Essentially this expansion gives you a light weight Aristo who can spread poison and other states around while also removing states from his team mates, and an unsubtle infected sledgehammer.

Overall I'm impressed by the standard and quality of the products and design, especially at only 17.99€... and have likely just sold myself a new boardgame after reading through the "how to play" pdf file.