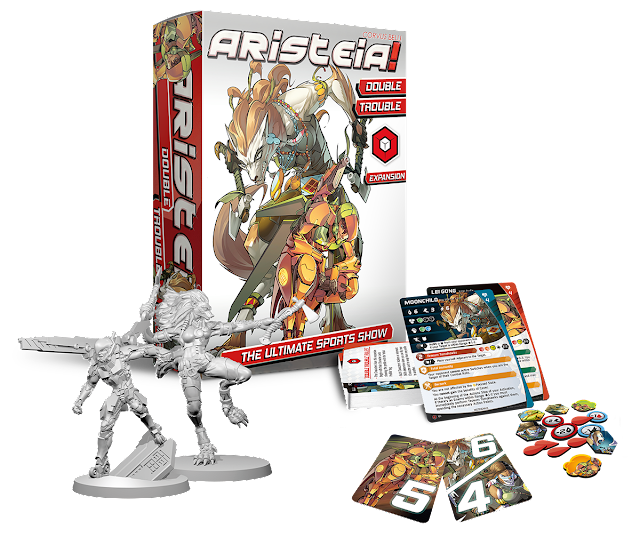 If you're a tabletop gamer with an interest in sci-fi gladiatorial sports games, then I reckon you've likely heard of Aristeia! from Corvus Belli (the company behind Infinity the Game).

Back in July 2019 I checked out the Chemical Brothers expansion, but now it's time for the Double Trouble expansion. 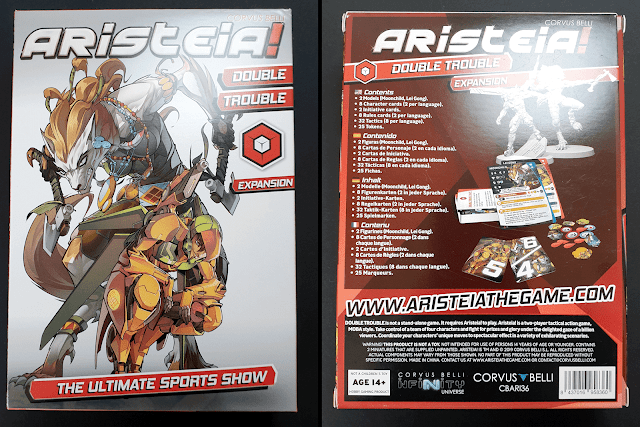 The packaging and style is in a similar style to their more known Infinity system. Bold colour and manga style artwork. Of note too is that the product is produced to cover four major languages right out of the box (English, Spanish, German, and French). That is for all contents too so you get four sets of game cards. 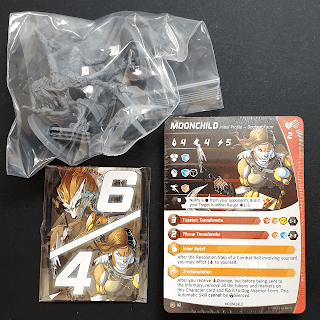 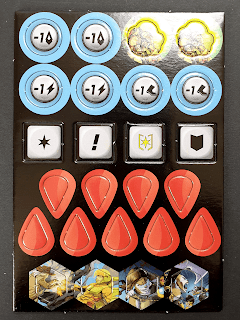 Held within a black plastic tray you find a thick card sheet with all the tokens needed to use the two characters included (Moonchild and Lei Gong), smaller initiative cards, the deck of cards (character, special rules, and abilities), and the two miniatures in a zip lock bag. 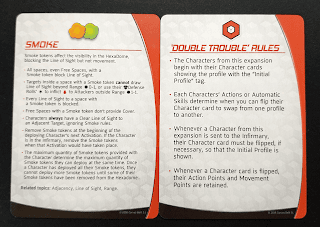 Corvus Belli always makes their game rules accessible (you can download them here) which is support I like to see in a company. But with their expansions they always include cards detailing the new additional rules.

In this case there is smoke for Lei Gong (something that Infinity players using Yu Jing wish he had in that game too... but that's something to hope for with N4 later this year), and the Double Trouble rules which are fairly similar to the mechanics in their Infinity Defiance game. 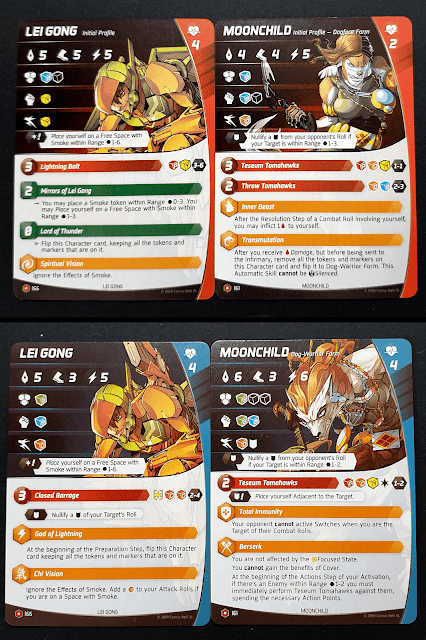 As you see, both characters have two forms which they can utilise in a match.

Their initial profiles have the red strip on the right, which are not weak in themselves. But having options is always a great thing.

Lei Gong turns into a heavier armoured version able to put out a lot of damage at a short distance, but taking full advantage of any smoke he has placed. 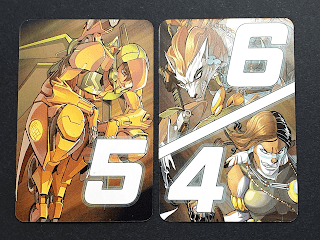 The initiative cards always show the characters artwork which is always nice to see. 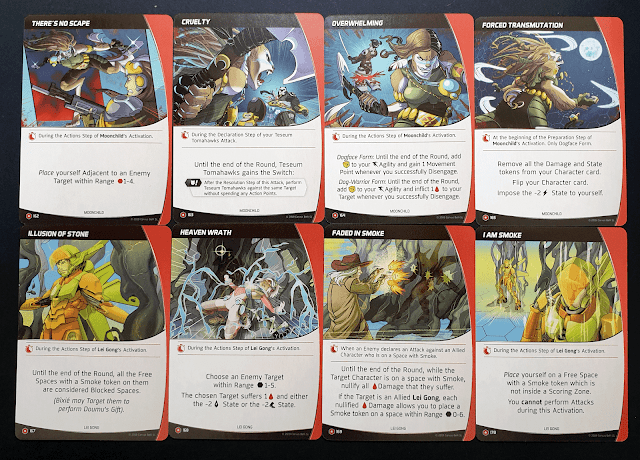 If you can see the info on the ability cards you can see they are really designed to add extra flavour to each character. Moonface being a close combat monster (pun intended) and Lei Gong seriously making use of his smoke (please give him smoke in Infinity... pretty please). 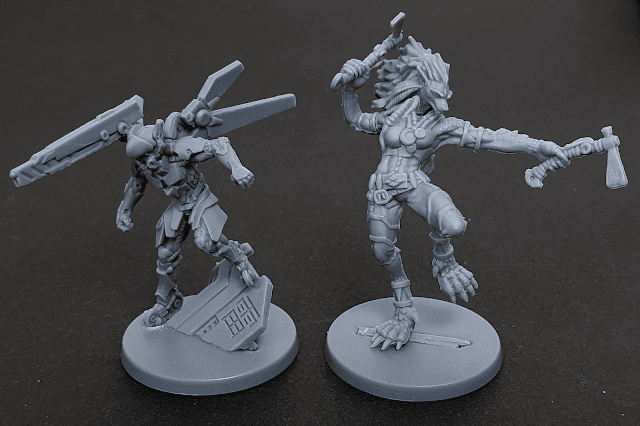 Miniatures wise... from a painters perspective and compared to Infinity metal minis... they're okay.

Details are there and they are obviously who they are meant to represent. But these are pre-assembled and in a softer PVC type plastic often found in board games.

However; these are indeed designed more to get you into playing and as gaming pieces these are great. And I wouldn't worry about them bouncing of the floor during a hectic game. 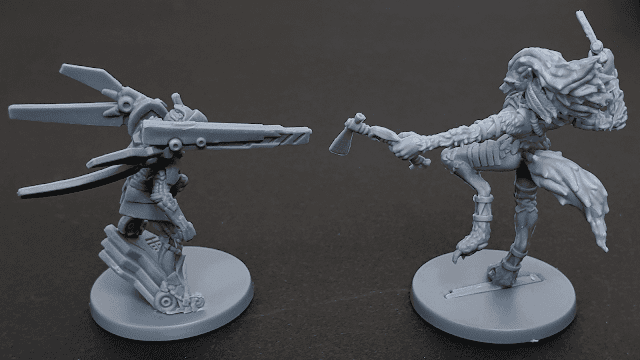 As a bonus... Corvus Belli also sent me the Mendoza 'Sacred Flame of God' alternative skin miniature who's original character (and ability cards) are in the Smoke and Mirrors expansion. 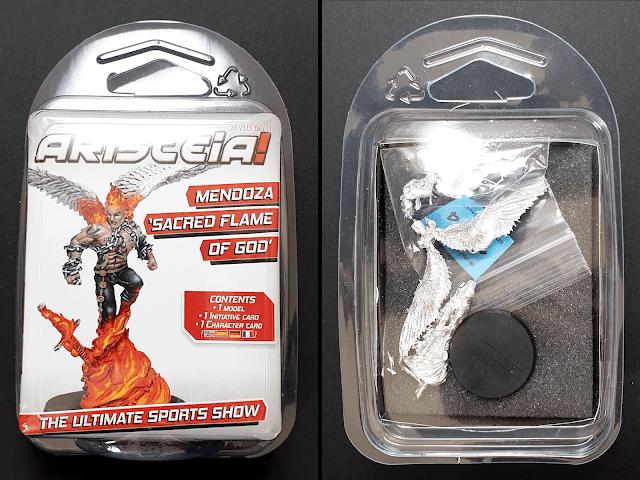 These alternative skins give players something different to play with and give painters something better to really get into being that they are metal cast and sculpted to a higher level of detail. 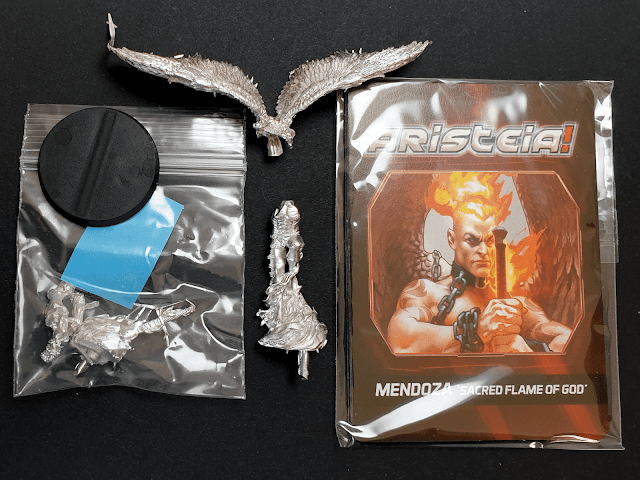 Many metal parts with some cleaning to do and a pack with your cards to use this version. 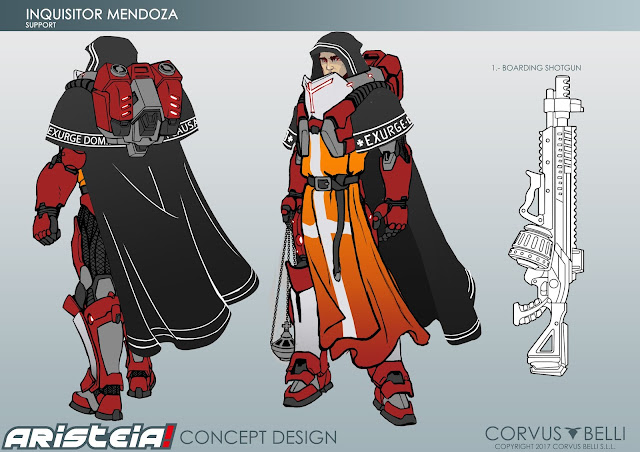 As you can tell from his original version concept design, he's developed a pair of wings and burst into flames. Gone is the armour and instead he has some leathers and chains.

Five pieces plus a 25mm base. Some pour points to clip off and file back and some flash to clean too. Did find some minor mould lines on a couple of parts but nothing more that a quick scrape or sand.

The way this figure is cut is excellent. Solid joins are easy to make thanks to the design. A tiny amount of filling to do to really get a clean finish. 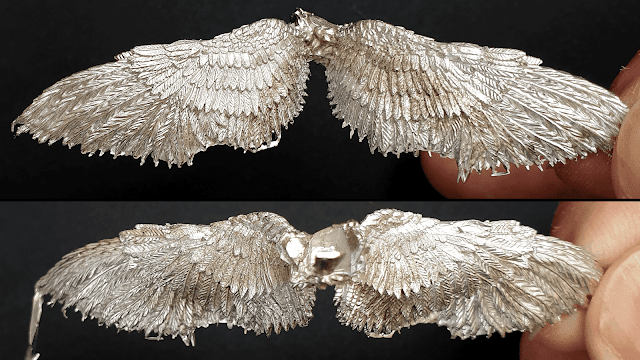 Check those wings. Incredibly sculpted and cast. There was clean up along the more detailed edge but I'd rather that than defects.

This part is easily where people will be drawn for painting as it really catches the eye.

For gaming though... I can just picture paint being rubbed of the wing points. Varnish and varnish well. And put a bit more varnish on now and then too. 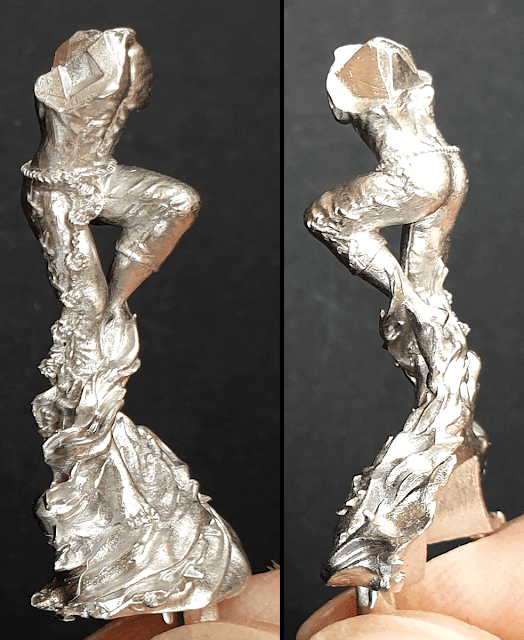 You can really see how well the connecting areas for other parts are done. Especially for those large wings on the top. Plenty of well formed details too. 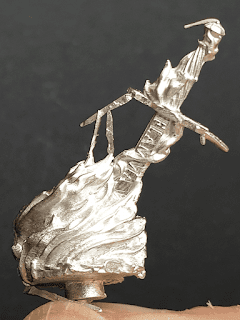 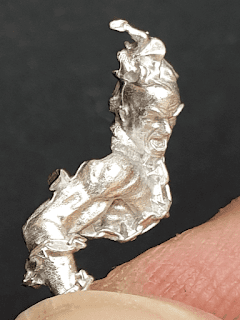 Back of the large fire at his feet and his head/ right arm which is where I really found a mould line. But this is quite enlarged image wise. 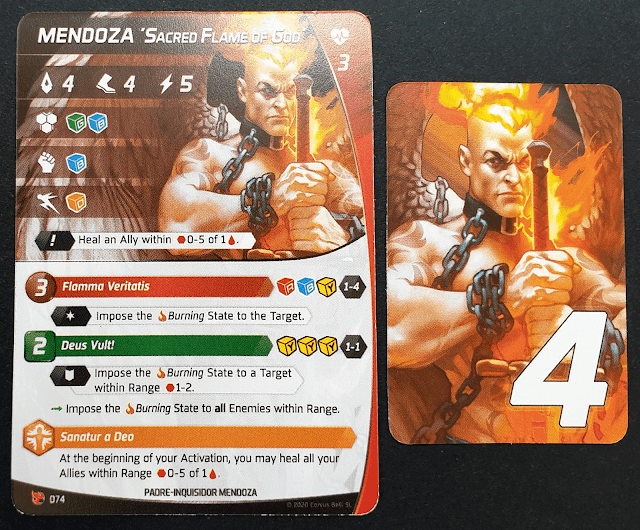 Looking at his card he seems to be some sort of healing fireball. Able to keep your team going while dishing out damage at the same time. But you do need the Smoke and Mirrors expansion to use this skin. 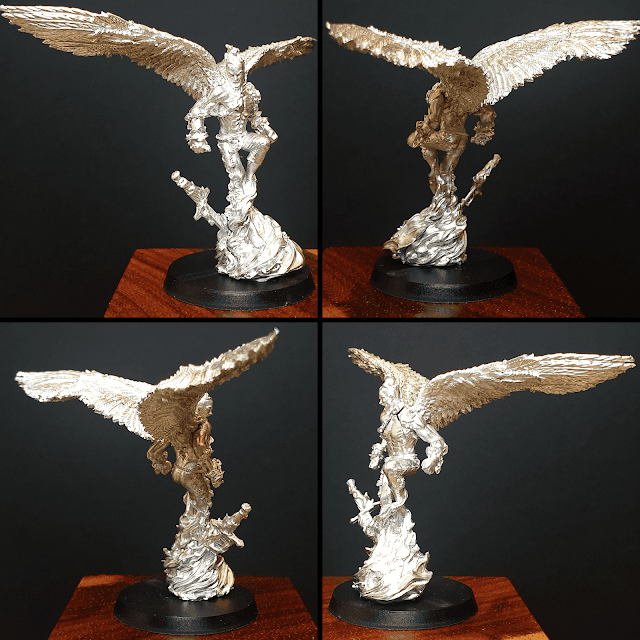 Have to say, Mendoza is a stunning figure if a little back heavy. Would definitely recommend placing far forwards on his base.

In comparison to the duo in the Double Trouble expansion you can really see that Corvus Belli are looking after those who just want to game and those who want really cool miniatures to paint for their games (or just paint of course).

The miniatures in this review, and the rest of the range are available from most tabletop games stores or direct from Corvus Belli at https://store.corvusbelli.com/boardgames/aristeia