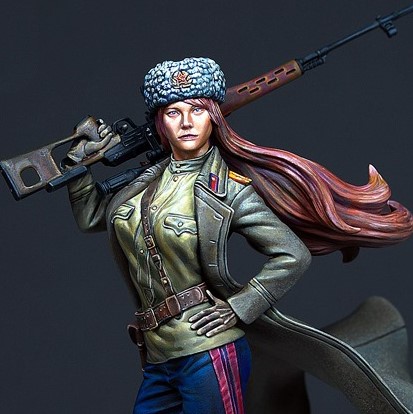 What do you get when you smash nuts into Mars?

If you take a planet and smash nuts into it... erm... let’s not go there either.

NutsPlanet has been around a while now and has quite an extensive range of miniatures and busts to choose from. I have reviewed NutsPlanet kits before and the range was quite large back then already.

Some of their latest releases have made their way to me and here is my first review for them under the GreyMountain Review banner. 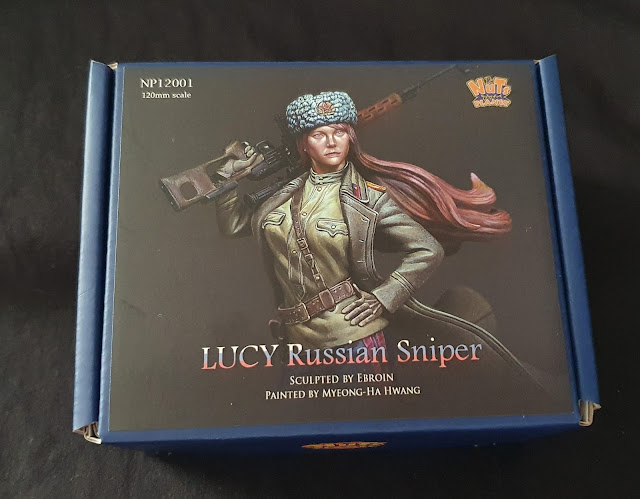 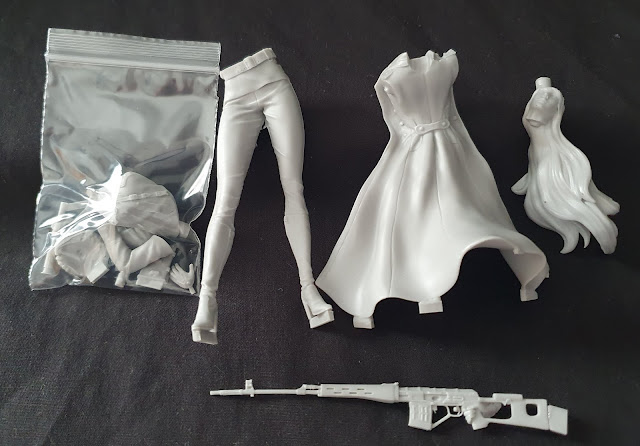 1/16 scale is a lot bigger than my usual 75mm kits but I am quite surprised at the size of it and I can see the appeal of these kits as my eyesight dwindles with age.

As you guys know I like to get the negatives out the way first so let’s dive right in and poke the hornets nest.

After some close scrutiny I came up with only one piece that got my attention and that’s the legs. 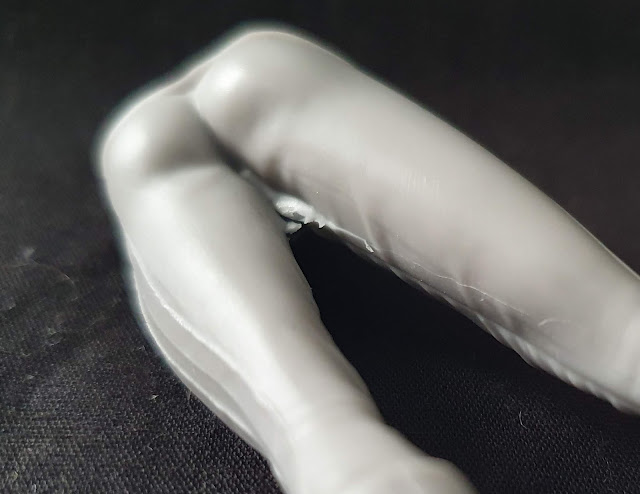 On the inner thigh of the right leg seems to have a delve in it which I assume is where the mould wasn’t closed properly and when the resin was poured the mould was slightly twisted leaving the indent. 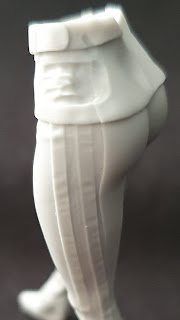 These parts will need some sanding and filling before they can be painted so a bit of TLC is needed.

The rest of the cast is spotless. Mould lines and other issues are all absent so the amount of prep needed if the legs were perfect would be very minimal but those few issues sees the prep time grow considerably.

The gun I have no idea if it is a replica of a real gun or a made up gun but it is long and thin and requires a 2 part assembly as the scope is separate. Once the casting gate is cut away and the scope cleaned this will look quite the part.
Editor note: the rifle looks to be a version of the Russian Dragunov SVD sniper rifle.

The arms are both separate and fit in place nicely which will require limited filling which is always nice to see.

The hat is also separate from the head and reminds me of one of those blue or pink sweets from Liquorice all sorts.... MMMMM Sugary goodness... 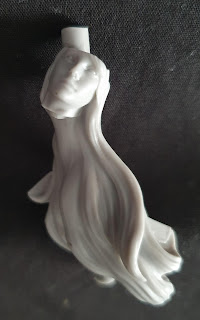 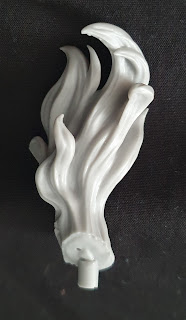 The head and long flowing hair are sculpted in a way that resembles an anime character. Long hair billowing in the wind plenty of curl and flow. There are also some gates in the curls which I assume are there to reduce bubbles forming in the mould at the tips of the hair.

The holster has a casting tab on it which will require clipping off and sanding but that is expected as we build kits often.

However some companies will clean this first before packing but I am aware some customers will get a bit shirty with the producer if the piece has been cleaned but not to their satisfaction, yes that's a thing. People will complain over very weird things.

All in all these pieces are good quality and will not take much to get to paint.

Now I just want to say again that this is just the copy I have so other copies could be near perfect so don’t be dissuaded just by the point I made.

As this figure is 3D sculpted and printed it has been cut in a way that sees the parts fit together like a puzzle. 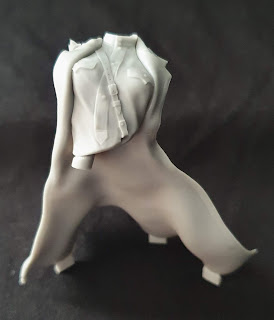 The upper torso actually clicks into the jacket to form the upper half of the body and it clips in so well you could easily not fill the edges and allow the undercoat to do that for you. The torso sits well on the hips and the whole piece will glue together very well.

It is a really good fit so well done to the guys who actually cut the piece for casting. (That would've been Ebroin).

So let’s actually look at the theme of the piece.

A female Russian sniper is not a new thing as the Russians had some of the best snipers in the world during WW2.

This version is a more glamorous interpretation and with its stylised imagery I can say it is aimed at a more Japanese style market or those who are influenced by Asian artwork and video.

The base uniform is close to the historical colours of a Russian Infantry officer in military rather than a front line sniper uniform as I believe this would be easier to spot by enemy forces.

The long black leather jacket also seems to be more of a naval officer or army officer kind of garment so not necessarily a practical sniper uniform at all so I conclude this is more of a pin up style interpretation meant for total display rather than historical accuracy.

The details however are really nice as we expect from NP and this full figure is screaming to be painted and displayed.

The anatomy of the piece seems to throw my eye out a little I think the forced pose makes some of the lines look odd so I think if this piece was posed in a more formal pose it wouldn’t look so puzzling to the eye.

Now this part is where anyone who has an interest in weapons will be jumping up and down screaming.

The gun is resting on her shoulder but is resting on the scope. Steve would point that out with a huge stick and shout NOOOOOOO haha... (I did too. Steve).

But as a pure fantasy piece this will be overlooked by many and seen as not important but if it was a pure historical piece you would have rivet counters throwing their coffee at the computer screen fizzing at the inaccuracy.

Well there is not a lot more I can actually say about the piece, it does what is says on the tin and I think it is aimed at a specific client base and I am sure it will appear in many Asian painting competitions and exhibitions.

In conclusion I will say it is actually a well constructed miniature and will require minimal prep with a great copy and you will have paint on it quite quickly.

So if this is your kind of topic then I suggest going for it and showing us what you did with it because I feel it is worth spending time and making the effort to show this figure in all its painted glory.

This piece was sculpted by Ebroin and the box art painted by Myeong-H Hwang so well done to both for making this kit come to life.

If you wish to purchase a copy you can go direct to NutsPlanet on their store at www.nutsplanet.com or head over to stores like SK Miniatures or El Greco and source a copy locally.

NutsPlanet is owned by Benny Sa who is a really cool guy so if you get a chance to meet him tell him Normski said "It's Not Called Soccer" he will know what it means.

I hope you enjoyed this review, thank you for reading and please comment and let us know what you think and remember.. Don’t drink ya paint water...
Written by Normski on Monday, March 23, 2020
Email ThisBlogThis!Share to TwitterShare to FacebookShare to Pinterest
Labels: 1/16 scale, Ebroin, Figure, NutsPlanet