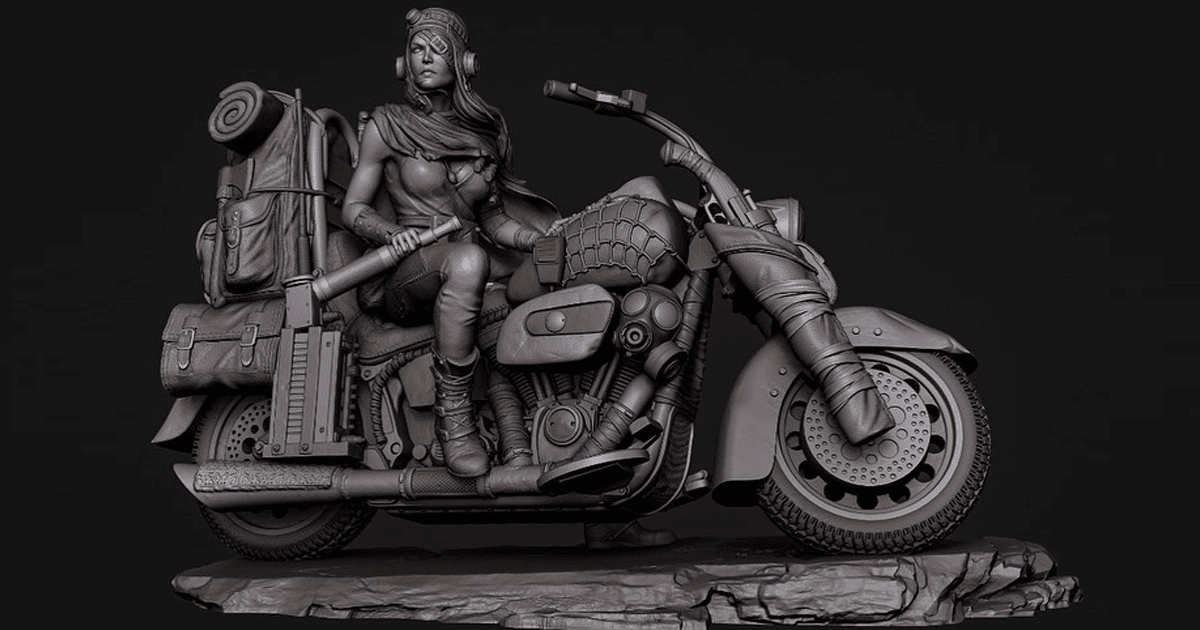 The hot desert wind blasts the sand trying to strip the skin from her face. She races to her destination, the scarf she had over her face blown away by the rampant air as it rushes by, her speed increasing in her frantic endeavour to flee from the scourge that roams the plains looking for plunder and other desires.

Her steel horse thrumming as she pushes it to its near limits.

The bike her father cherished so much is turning into some bastardised version of its former self. A mismatch of whatever parts she could find to keep this memory and life saving beast running, the engine still strong but its beauty has faded into some kind of One Woman Nomadic tribe.

The Road Girl and the Rat Bike now travel endlessly just to exist in a world scorched by the apocalyptic meanderings of a once power hungry fool with an itchy trigger finger.

This is just one scenario we could attach to this new release from Journeyman Miniatures but whatever world you envisage for your copy of Road Girl Rat Bike let’s take a look and see how we can get her there safely...

Previously we have seen Road Girl in a ¾ figure and an academic bust, but here we see a full 75mm kit and I can’t wait to dive in and see what kind of magical trickery Tim and Mally have come up with this time. 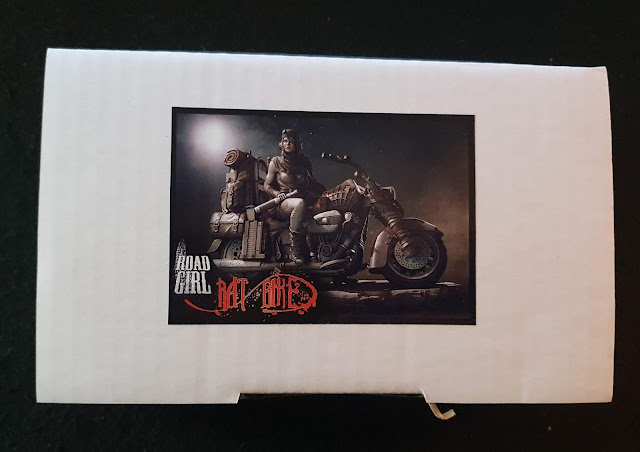 This high quality grey resin kit comes in at around £63 GBP and arrived in a sturdy cardboard box with a label showing the contents. There are 19 pieces in all so this will be a builder’s kit for sure... 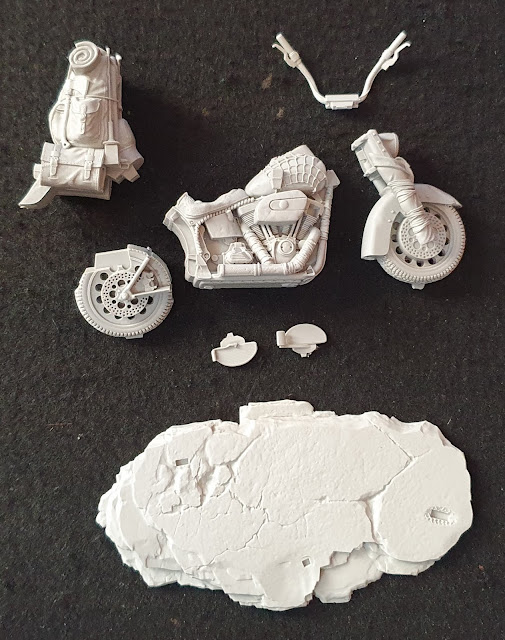 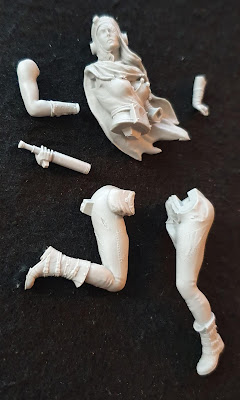 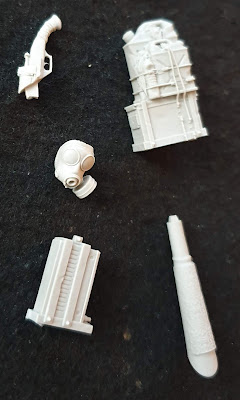 So let’s go for the throat and see if we can pick out some negatives...

Oh yes everyone gets a hit with the naughty stick in my reviews so sit back and let’s see what is what.

We all know when miniatures are cast that they more often than not have mould lines.

A lot of companies out there seem to be fine with sending out uncleaned casts and putting the onus of the clean up onto the customer.

I find this a bit of a blatant cheek as often kits are very expensive and therefore should come in a near perfect quality to justify the high prices some companies charge.

Ciprian Negut has again cast this Journeyman miniature; the casts I have seen from Ciprian have been near perfect with minor clean up on some pieces.

I have not seen a piece cast by Ciprian that made me think his quality has reduced until now...

The clean up on the bike seems to have been missed?

Was Ciprian too busy to clean everything? I don’t know.

It seems that the moulds were cut for quickness rather than for the reduction of clean up later. 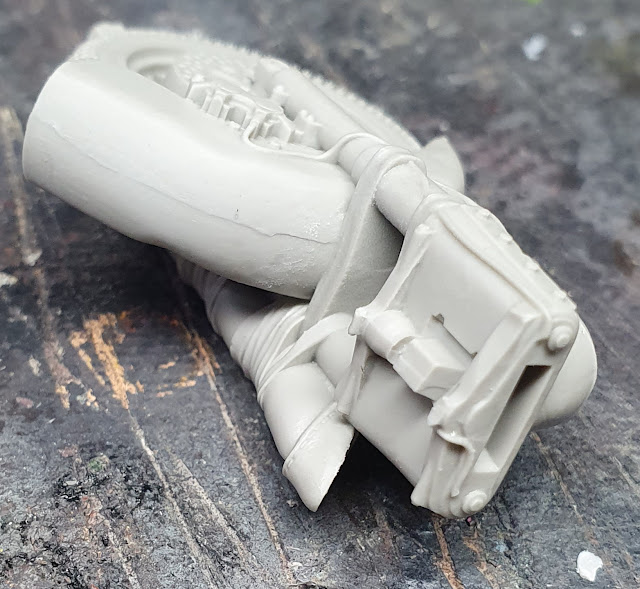 The front fender of the bike has the worst issue; this will need sanding and buffing but don’t fear because this is a post apocalyptic bike so the fender may suit a sanded texture over a smooth buffed finish. 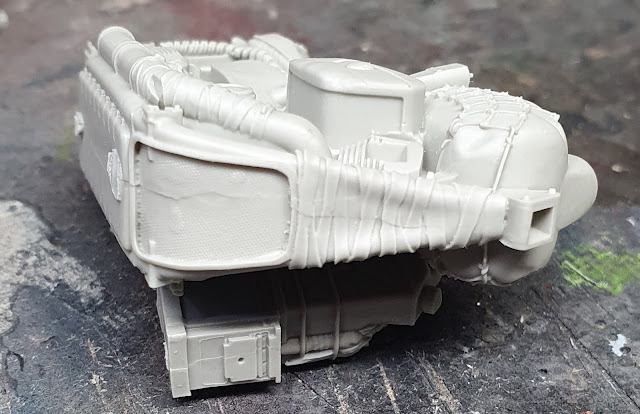 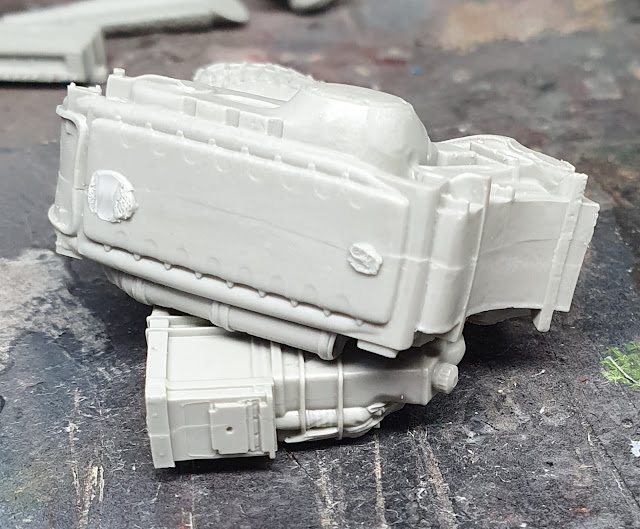 The main frame section has a mould line right along the cast and it goes through some strapping that will require a bit of work to remove. 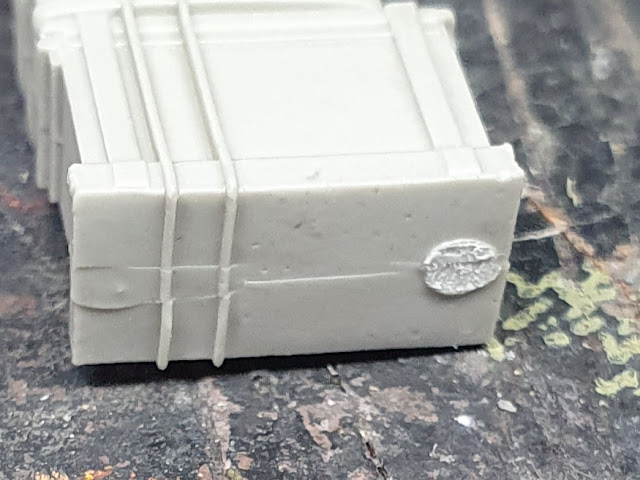 And one of the ammo boxes/stowage has a mould line too.

However; the mould lines are not in places that will have any great impact on the final prepared kit.

The straps on the main frame will be hidden by the forks and the underneath will not see light of day and the back wheel will cover the rest of the mould line on the frame...

So no big deal and I am glad to say there are zero other issues on this kit.

The casting is superb for the rest of the kit, especially on the tiny pieces.

All the details are super crisp and Ciprian has breathed life into the sculpting of Charles Agius who in turn gave the art of John Wigley its own rebirth.

I tried fitting the pieces together and most of them fit perfectly but one or two points will need a sanding and a bit of filler but generally this kit should be a delight to build.

I did however spot something that once I saw it I couldn’t stop seeing it... 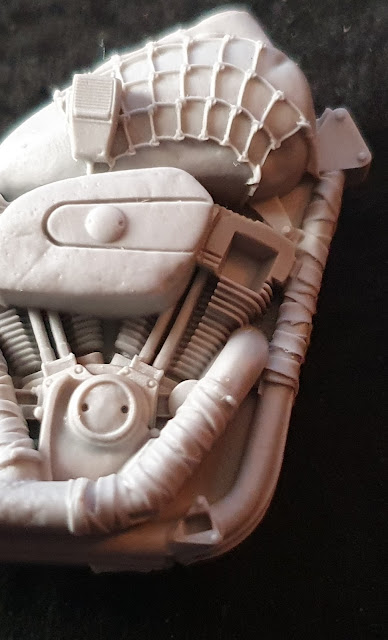 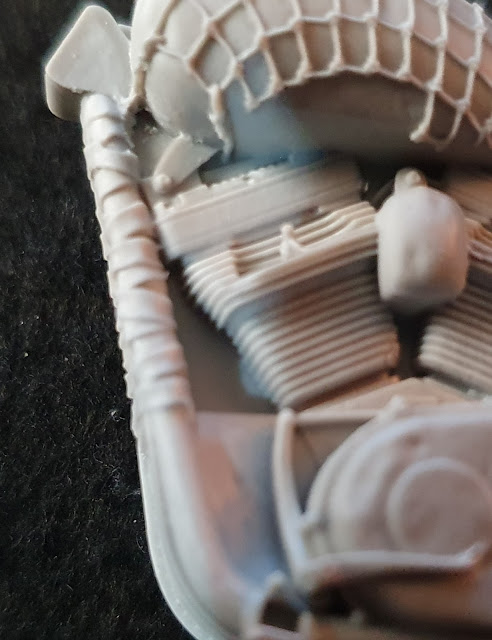 The front outlet port for the exhaust is present on the right side of the engine but when you turn it around the outlet port and manifold port are missing, when you have OCD even a little bit something like this can mess with your mind as it should clearly have an outlet port at the front of the engine...

This is something for the sculptor to revisit in the future when a new mould is needed for the bike frame.

The theme of the kit is for sure post apocalyptic. The stowage is piled up on the pillion seat and a selection of weapons is scattered around the bike.

Defending yourself in a post apoc world requires big shooty slashy choppy weapons and Road Girl has it covered. Machete and a shotgun should do nicely.

The backpacks and jerry cans of all kinds will help her survive in this kind of setting and all this really does add to the aesthetic portrayed by John Wigley’s concept art.

Now let’s talk bike. You may all have your own opinions on this bike but it looks like a Harley Davidson Night Train or the Electra Glide but one thing is for sure this is not a stock Harley. So if you see this kit and look at it as purist then you will find plenty of things that are not on a Harley. Lots of things are different on this bike so if the concept of a Rat Bike is foreign to you it’s called a rat bike because of its unkempt look, it is a scruffy mismatching parts unclean rugged machine.

So if you don’t buy it because something isn’t stock Harley then you are totally missing the point of the whole concept.

Rod Girl Rat Bike is a very cool kit with plenty of textures and details which once painted will look amazing.

Those guys who do the weathering are going to totally kill this kit and I look forward to seeing many painted in the future, not the post apoc future though, I mean the near future.

As the sun sets and Road Girl steers her fully loaded Rat Bike into the horizon with her stowage piled high and the wind now at her back far away from the badlands, we see this review come to a close and with the last days sun rays kissing the arid terrain all I have to say is, aside from a few mould lines that any accomplished kit builder can handle the Rat Bike kit is more than worth every penny spent on it.

The quality of the team involved speaks volumes and the end product just like the rest of the range has turned out great.

Head over to the Etsy store www.etsy.com/uk/shop/JourneymanMiniatures and get yourself a copy and hopefully we will see them in painting competitions across the world in 2021.

Thank you for reading, enjoy your hobby and remember... Don’t drink ya paint water...
Written by Normski on Monday, May 18, 2020
Email ThisBlogThis!Share to TwitterShare to FacebookShare to Pinterest
Labels: 75mm, Journeyman Miniatures